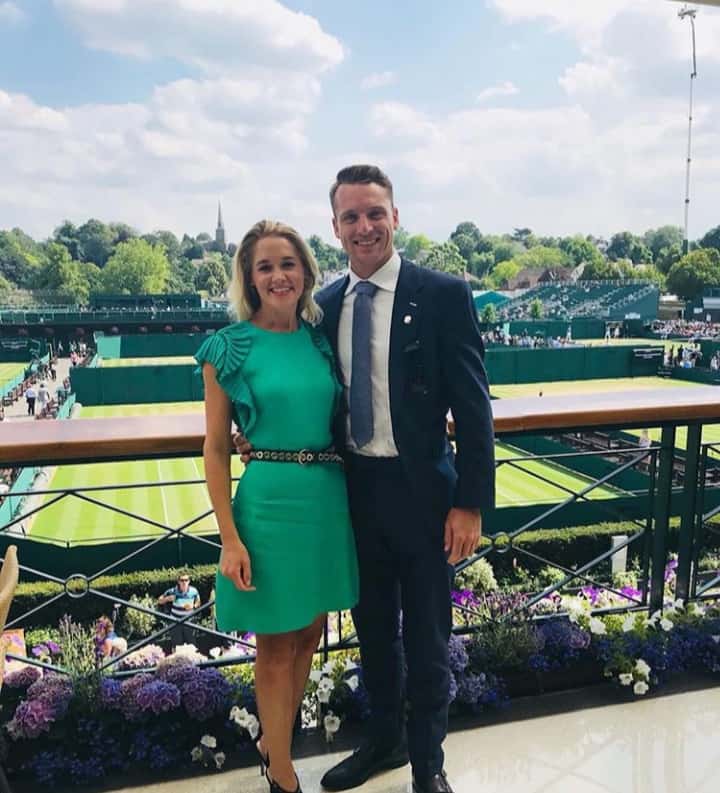 Louise Webber is wife of famous English cricketer Josh Buttler. Louise and Josh got married on 21st October 2017. Both knew to each other during school time. They decided to marriage after long time of dating.

She is a person from the fitness industry and well known Pilates trainer in UK. She owns her own institute LB Pilates in London where she works as a Pilates instructor. Louise is too active on social media where she posts fitness workout video with her husband.

Her maiden name is Louise Webber, and her birthday arrives on 8th February. Similar to Jos Buttler, She practices Christianity. Her close friends describe her as a woman with a lovely and caring personality. Louise left everything behind to be with her husband during IPL 2022 in India. Louise is a supportive to  her husband who is great batter in the cricket world and known for his aggressive batting performance.

Jos Buttler and Louise Butler were childhood friends, both of them became friends during school days. By the age of 14, both were friends with each other. It is believed that Josh Butler used to help his girlfriend with school homework, her current wife used to take some Josh Butler’s help in mathematics. Joss Butler himself had fallen in love with Lucy to make her stronger in maths.

2 thoughts on “Josh Buttler wife and her Profession”